Despite being in the market for over more than 15 years now, ‘RUNESCAPE’ is still a popular game among various platforms. It is a classic fantasy game that millions of people have fallen in love with for the nostalgia that it brings with itself and the new multiple mechanics that the new game has implemented. It was developed and published by Jagex and was released in January, 2001. It was a browser game but was replaced by C++-coded client in the year 2016. The only that had been in its way was its inability to be run on the mobile phones but now, it seems like the mobile version will be available soon as well.

About the Runescape Game:

The game takes place in the world of medieval fantasy realm which is divided into different kingdoms, regions and cities. It is actually not one that follows a particular storyline but rather let the players which are represented as avatars choose it for themselves. So the players choose for themselves the quests or the monsters that they would want to fight. Each region offers different types of monsters, resources and multiple quests to and various challenges. the players are given multiple skills such wood-cutting or fishing suing which they can very easily collect raw materials that can further be processed into usable item. Different skills shall have its own different benefits. And when the combat shall begin, it shall be governed by a life point system and so initially, every combatant shall have maximum capacity of life points and when the health shall deplete to 0, the combatant shall thus side. Players also interact with each other through trading or interacting or by participating in mini-games and activities. And now that this game is available for mobiles, it makes it more interesting.

On Which Platforms the Game shall be Available on? 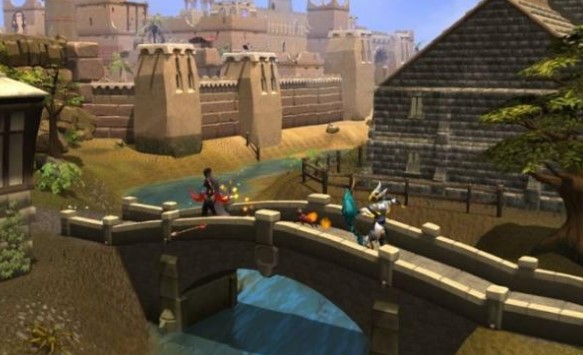 But what are the mobile platforms that it shall be available on? Well, right now, it seems as if the game could be played on are the android and the iOS platforms. Also, the full game shall be available on the Google play and the iOS app stores pretty soon after all the beta tests are finished. The biggest glitch also has been removed this time which was the need of power-level. However, this time one shall not need to make a new account for the mobile version of the game. So simply when once downloaded, the app shall itself connect to the existing game worlds.  However, unfortunately for the Windows Phones and the Linux users, this game wouldn’t be available to play. Although, the RuneScape Classic had constant accumulating bugs and as it has become incompatible, it shall thus be shut down permanently in August 2018. You can also buy Gold for the Runescape game from RSgoldfast

The game is free to download and wont’ cost any charges. It is possible as one shall be sharing the same account for their PC and for the mobile version. Also, there shall be no need of paying an extra subscription when one shall download the game. Also, the mobile shall not feature any micro transitions. It has its original music and also ambient soundscapes. So it becomes a great money-saver. Also initially the game could gobble up to 103 MB per hour but now the recent surveys show that it takes only 500 Kb to 2 Mb per hour. However this time, the game shall be of 100 Mb unlike of 20 Mb as previously. This has happened sue to the fact that pre-caching of the data has been done so as to lower the mobile data consumption.

The game this time also has incorporated various voice acting in certain areas and situations and also includes orchestral music which has been designed to define the underlying cultures of the various locations accessible. But one can also listen to music while playing RS Mobile. One can easily use Spotify or any other music apps without ever worrying of not being able to play. So now one can go on adventure while playing the game but listening to their type of music. Also another feature that comes aboard with the game for the mobile version is that the UI shall remain consistent. One shall be able to control the camera movements with the simple use of punches and swipes. Though there are quite some issues yet to be resolved, the IU is still playable. Even at its current state, the mobile players can very easily go against the desktop players. You can also buy OSRS Gold for the game.

The main purpose of the app is to actually make it more convenient for anyone to play and also have the best game experience as well. And one shall be then spending their time over something that they shall be absolutely loving. Since now you know that the RuneScape can be having a same account for both the desktop and the mobile phone, you can very easily aim for a rich in-game lifestyle and enjoy a well crafted game.